We all know that the iconic Lombard Street in California is the most winding street in the entire country. Would you believe that the road features eight, yes eight hairpin corners? It began as a steep, nearly 30 percent incline which is now at a 16 percent grade. The famous street draws in more than two million people each year.

Carl Henry is the man who is considered the mastermind behind the Lombard Street design. He was a businessman who held more than half of land and homes along the 1000 block part of Lombard in his investment portfolio. His goal was to create a space that could eventually become a park for citizens, but when he died his wife sold the land to pay for his expenses. The road was a two-way street when it was first created in 1922, but quickly became a one-way street in 1939 when traffic concerns were a major consideration.

When you stand at the top of Lombard and Hyde Streets, then you can see one of the most fabulous views in all of San Francisco. From this spot, you can look out over Yerba Buena Island and the Bay Bridge. USA Today lists this place as one of the best ways to view Alcatraz and Coit Tower which sits at the bottom of the curvy pavement. When you want to view Angel Island in all its’ glory, then standing atop the 1000 block of Lombard Street is one of the best places in San Francisco.

Entertainment options near the winding road

Fay Park is less than a tenth of a mile from the street making it easy to walk to the park and have some fun with your group. Weddings are popular events held at the venue each week. Whether you come alone or not, the San Francisco Art Institute is another beautiful place to visit when near Lombard. From sculptures to photos, there are amazing creations to view and ponder. There are several bike rental and tour companies that are less than a quarter of a mile from the site too.

For a fun and zany experience, Bobo’s Restaurant has a clown-theme and features aged steaks and a light atmosphere. To step back in time, visit Mel’s Drive-In where the tables still have jukeboxes and poodle skirts never went out. Caffe Sapore is an excellent place to grab a bagel or some soup on a chilly day. Benjarong Thai Cuisine is another restaurant on Lombard Street that offers Southeast Asian classics, and you can view authentic art while you dine.

When you take a trip to California, then a stroll along Lombard Street might be a fantastic way to punctuate the event. When you want to make a day of it, there are dozens of nearby restaurants to sample. You can even grab some spectacular photos when the sun is setting behind the bay to memorialize your time in California. 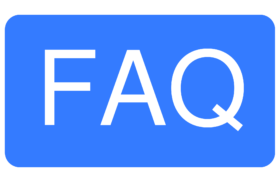